Research is a monthly feature in the AMSD Connections member newsletter.

With the release of the Senate Omnibus E-12 Bill this week, the E-12 Education budget plans from the House, Senate and Governor are all on the table leaving major differences to resolve before the May 20 adjournment. A summary of the status of AMSD’s legislative priorities is shown below. 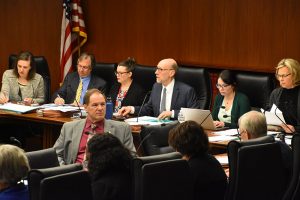 The proposals from the House and Governor have many similarities, including proposed increases to the basic funding formula of 3 percent for the 2019 -20 school year and an additional 2 percent increase for the 2020-21 school year. In addition, the Governor and House propose new investments to address the growing special education cross-subsidy and funding to retain the current slots in the Voluntary Prekindergarten (VPK) and School Readiness Plus programs.

The Senate bill provides just a 0.5 percent increase to the formula each year and does not address the special education cross-subsidy or provide the funding necessary to retain the 4,000 Voluntary Prekindergarten/School Readiness slots.

• Link: View the results of the AMSD member budget survey

The Legislature embarks on an Easter/ Passover recess beginning April 13 and will resume activity on Tuesday, April 23. When they return from the recess, legislators will have less than one month to resolve their differences and adopt the biennial budget that will establish the level of funding for our schools for the next two years. 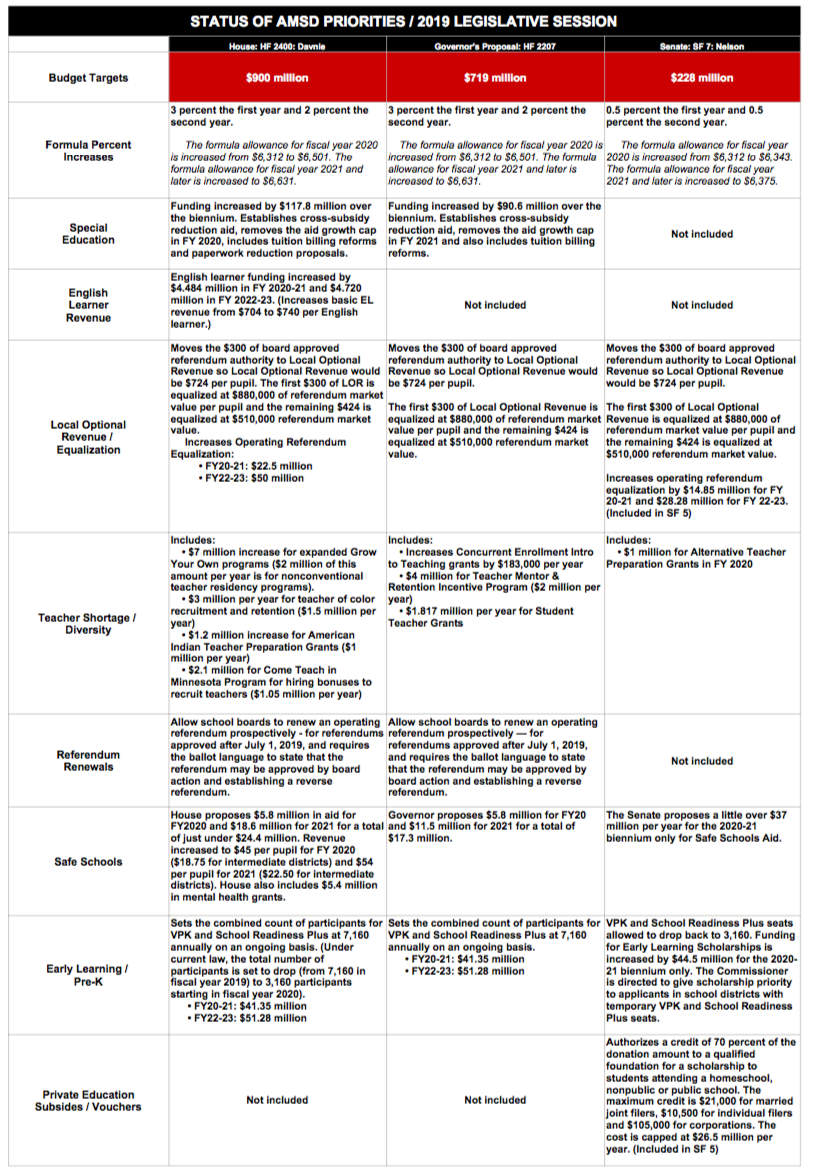