Governor-elect Tim Walz and Lt. Governor-elect Peggy Flanagan announced Mary Cathryn Ricker will be the next Minnesota Commissioner of Education.

Mary Cathryn Ricker is currently the executive vice president of the American Federation of Teachers and previously served as the president of the Saint Paul Federation of Teachers, AFT Local 28. She is a National Board Certified middle school English teacher with more than a decade of classroom experience, and has taught in classrooms from Saint Paul to St. Cloud to Washington to South Korea to Yemen. 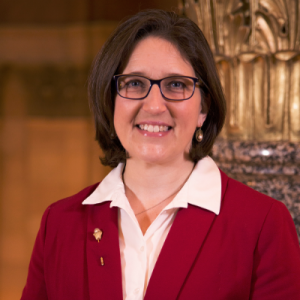 She earned her undergraduate degree in English with a mathematics minor at the University of St. Thomas, and completed her graduate work in Teacher Leadership at the University of Minnesota. Ricker’s husband teaches English language learners in Saint Paul Public Schools, and they have two children.