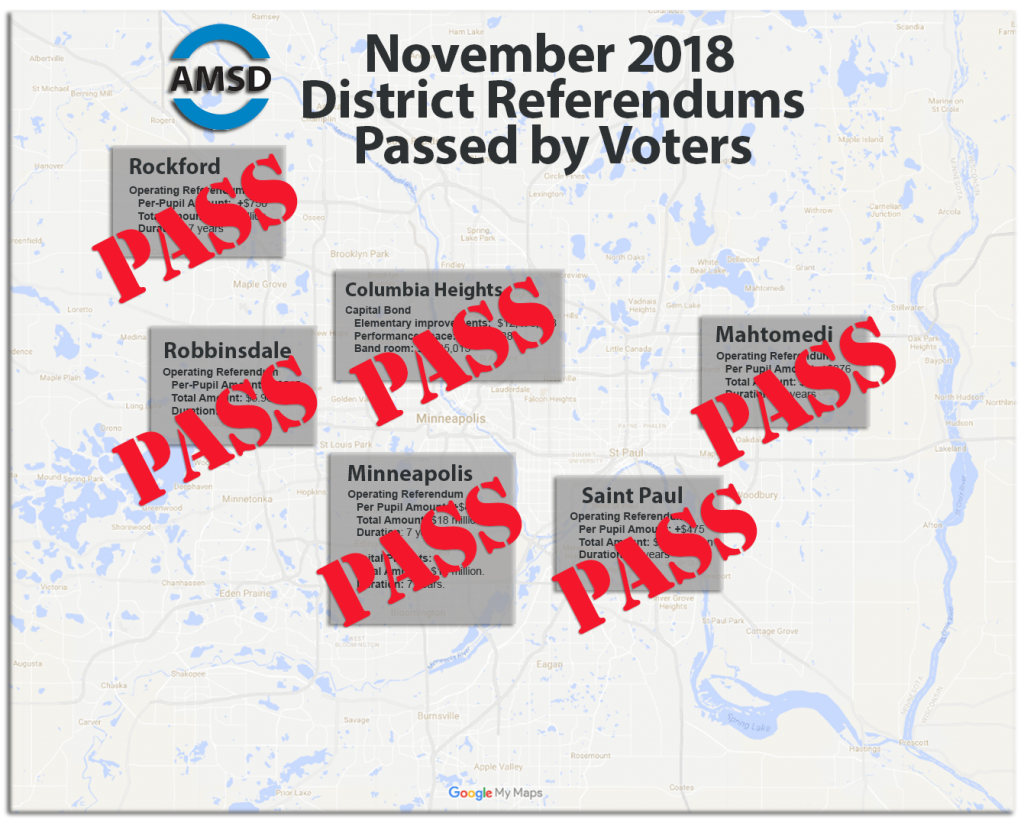 Voters in all six AMSD districts going to the polls for referendums found support from their communities on Election Day 2018 with nine of ten referendum questions passing.

Minneapolis and Rockford were also seeking technology levies. Minneapolis voters did approve a $12 million, 7-year levy for technology, but the Rockford technology levy came up just short in a 51-49 percent split — a difference of less than 100 votes.

And in Columbia Heights, the school board put three capital projects to a vote to make several improvements: to an elementary school, a high school performing arts space and a high school band space. All three requests passed.

Scott Croonquist, executive director of AMSD, said that referendums provide critical funding for school operations, technology and facilities. Minnesota’s education funding system is a state-local partnership and without the resources provided by referendums, our districts would be challenged to offer their students the opportunities they need to succeed.

“The basic school funding formula continued to lag behind inflation even last year,” Croonquist said. “Education is an investment in our children and our future. The basic formula would be $618 per-pupil higher in the current school year had it simply kept pace with inflation since 2003. Referendums are the only way districts can make up the difference.” 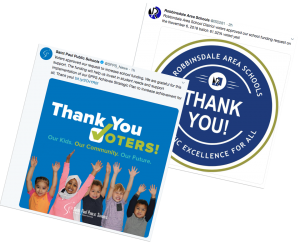 District leaders were quick to respond to voters — directly, as well as on social media — after the returns rolled in.

In an email to all district families, Superintendent of Saint Paul Public Schools Joe Gothard sent a thank you shortly after 11 p.m., assuring them “the additional funding will help us invest in more students while helping to address inadequate state funding and educational costs that are not reimbursed adequately.”