Six AMSD Districts on the 2018 Ballot with Referendums

Five districts are going to local voters for operating referendums this November, two are asking for additional technology levies, and one is asking voters to support three specific school improvements.

Six AMSD school districts are going to voters with referendum requests this fall, asking their residents to provide additional – and essential – funding for their students. The ballot questions range from operating referendum increases to capital project levies to support technology to bonding proposals. The six districts will have a total of 10 questions on the November 6 ballot. 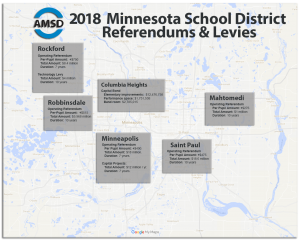 And in Columbia Heights, the school board is putting three capital projects to a vote to make several improvements: to an elementary school, to improve its high school performing arts space and to expand its high school band space.

In the case of every of the six AMSD districts going to voters, the boards are making clear: voter support is critical to elevating student success. Staving off staffing and program cuts, investing in literacy, social emotional learning and student support services are among the initiatives the districts will pursue if their referendums are successful.

The need for community support is clearly a resonant message.

Columbia Heights Board Chair John Larkin earlier this year explained to the community the importance of its support:

“School safety and security is vital and cannot be compromised. The Arts are an integral part of the curriculum and must have facilities that support programming and are comparable with other school districts in the area.”

Why referendums are necessary

School district funding historically has been a state and local partnership to provide students the resources and opportunities they need to graduate ready for college or career.

In 2017, local property taxes provided about 27 percent of the revenue for Minnesota school districts; the state provided 67 percent, and federal funding accounted for 6 percent. 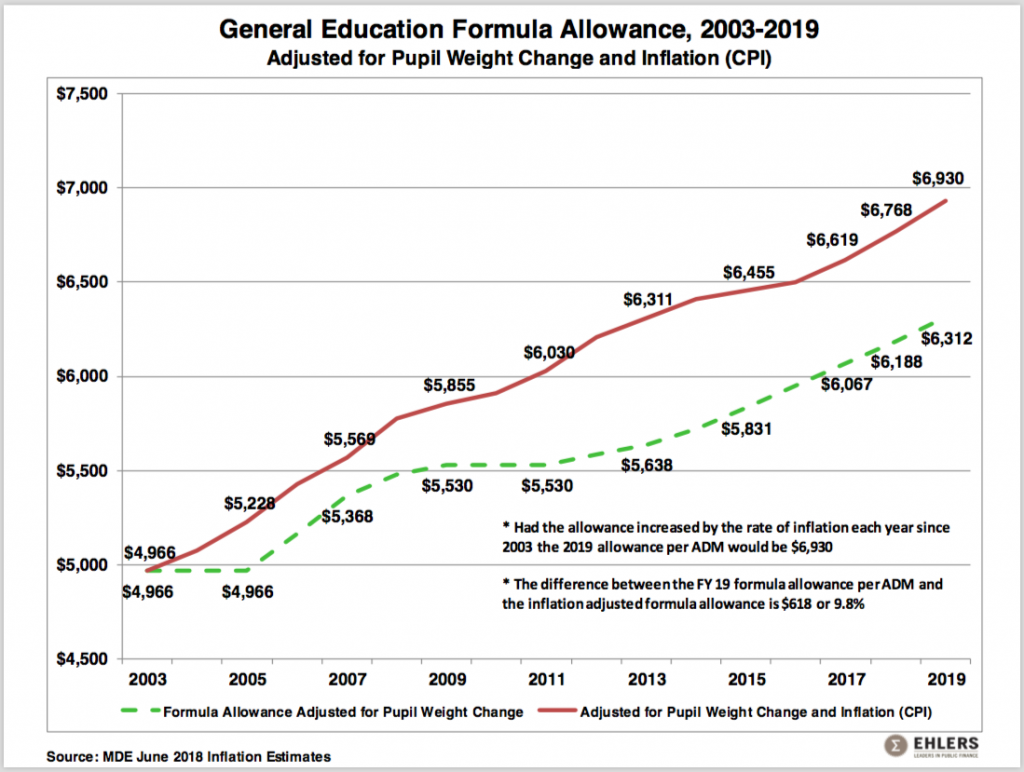 The state does provide the lion’s share of funding for operating costs but referendums deliver critical resources for basic programming. The additional funds from local referendums support opportunities and programs critical to student success.

While the Governor and legislators have made strides toward stabilizing Minnesota’s education funding system in recent years, including approving a 2 percent per year formula increase in the 2017 legislative session, the basic formula continues to lag behind inflation. As the chart shows, the basic formula would be $618 per-pupil higher in the current school year had it simply kept pace with inflation since 2003.

Inflation is just one challenge.

Dr. Tom Melcher, director of school finance for the Minnesota Department of Education, explained to the State Senate E-12 Education Committee in August how the under-funding of special education impacts school district budgets. Insufficient state and federal funding for special education means school districts are forced to redirect funds meant for general classroom instruction to make up the difference.

That difference is no small amount. 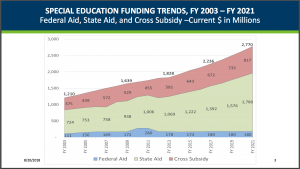 The maps on this page outline the AMSD member district referendum questions that will be on the ballot on November 6. Voters are encouraged to contact their local school officials if they have questions about their local referendum.

Research is a monthly feature in the AMSD Connections member newsletter.