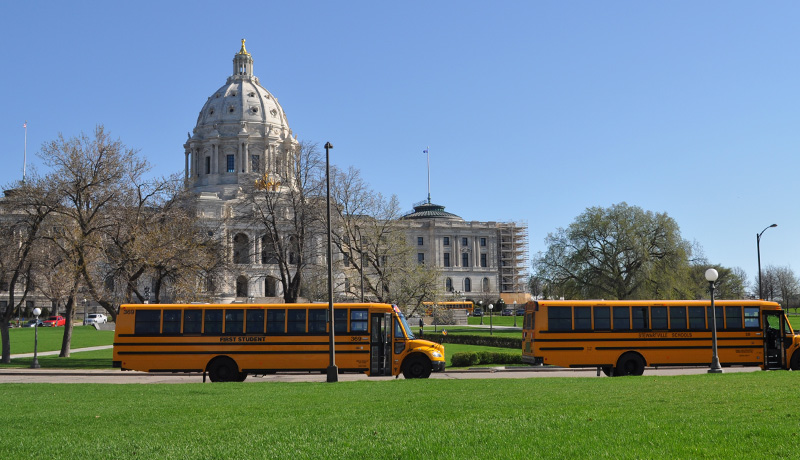 It’s Time to Deliver for Our Public Schools

The following guest post was written by John Vento, school board member from Robbinsdale Area Schools and chair of AMSD.

When the 2017 legislative session convened last January, there were high hopes that state policymakers would build on the investments and funding reforms that were adopted in the 2015 legislative session. With a projected $1.65 billion budget surplus, school board members, administrators, staff, parents, and students were optimistic state policymakers would provide at least an inflationary increase in the funding formula as well as make critical investments in special education and school-based early learning. In addition, there was wide agreement that it was important to address the funding deficiency in the Teachers Retirement Association without placing the financial burden local school districts.

The Governor proposed a $713 million investment in E-12 Education including a 2 percent per year formula increase, $40 million for special education, significant investments in school-based early learning and $68 million to fund a pension stabilization package. There seemed to be support among many legislators for the 2% per year formula increase proposed by the Governor. In addition, most legislators claimed they understood the need to cover any increase in the employer contribution to TRA as a part of a pension sustainability package.

Unfortunately, the spending target established for the House and Senate E-12 conference committee was inadequate to address these key issues. The conference committee report included only a 1.5% per year increase for the formula and did not include special education or pension relief funding. The Governor vetoed the E-12 bill and now, with just days to go in the session, it is time for legislators to deliver an E-12 bill that meets the needs of our schools and our students.

With just a few days remaining in the legislative session, there is still time to urge legislators and the Governor to reach agreement on an E-12 Education Finance Bill that meets the needs of our students by approving at least a 2 percent formula increase along with pension funding and special education cross-subsidy relief. Make your voices heard today!

Contact lists and summaries of E-12 education proposals are available on the AMSD 2017 Legislative Session page.